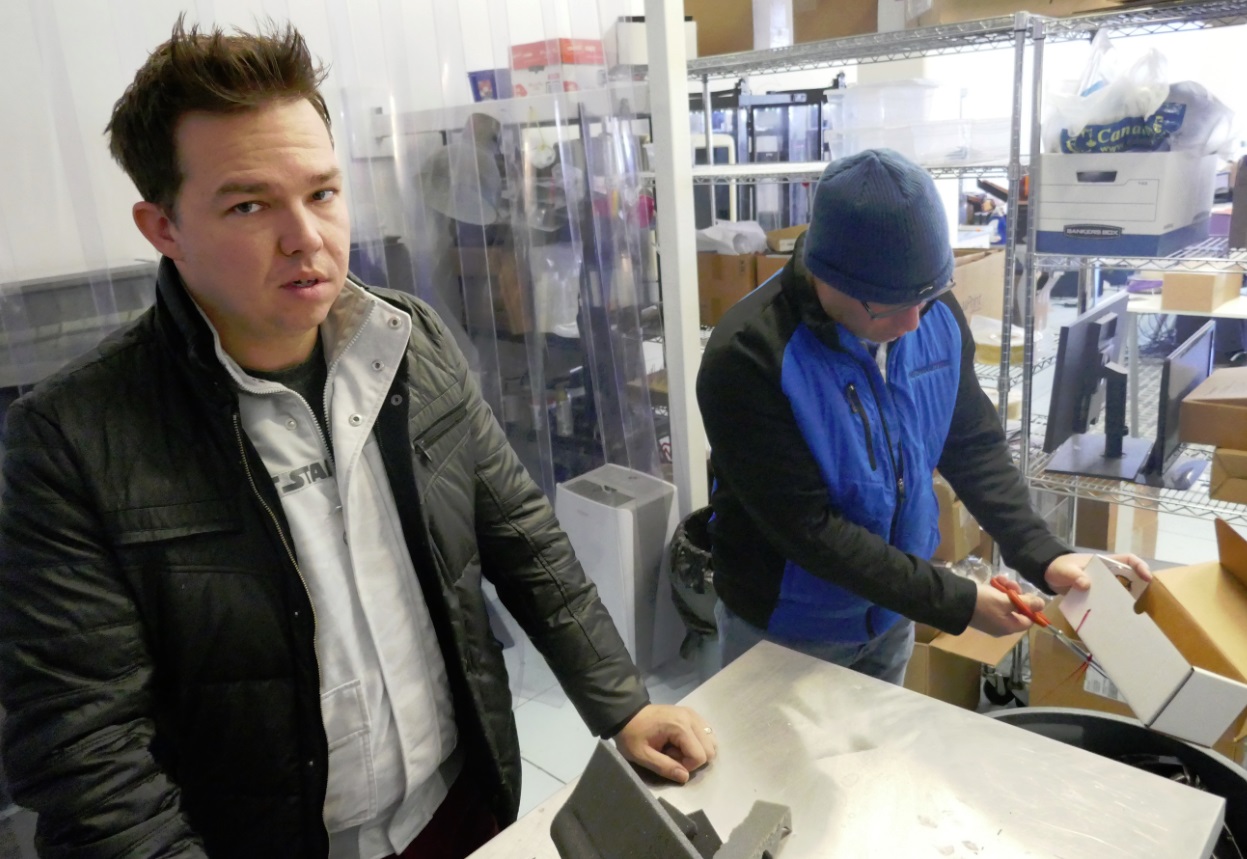 Sean Ward is a Super Hero, on the internet. His YouTube channel The Sean Ward Show has two million subscribers and each video has over a hundred million views. He’s hot right now, and everything he touches turns to solid gold. So in May 2018, we invited him to come make a commemorative statue of himself to cement the reality of this exciting time in his life. And he agreed.  He showed up the next day wearing the distinctive red suit of his own chaotic super hero character.

Here is the video he made of the event.

Sean’s video does a terrific job outlining all the different parts of the process. He shows his arrival (in style), and after a brief introduction of Michael Gossack, he goes into great detail defining the hand-held 3D scanning process. 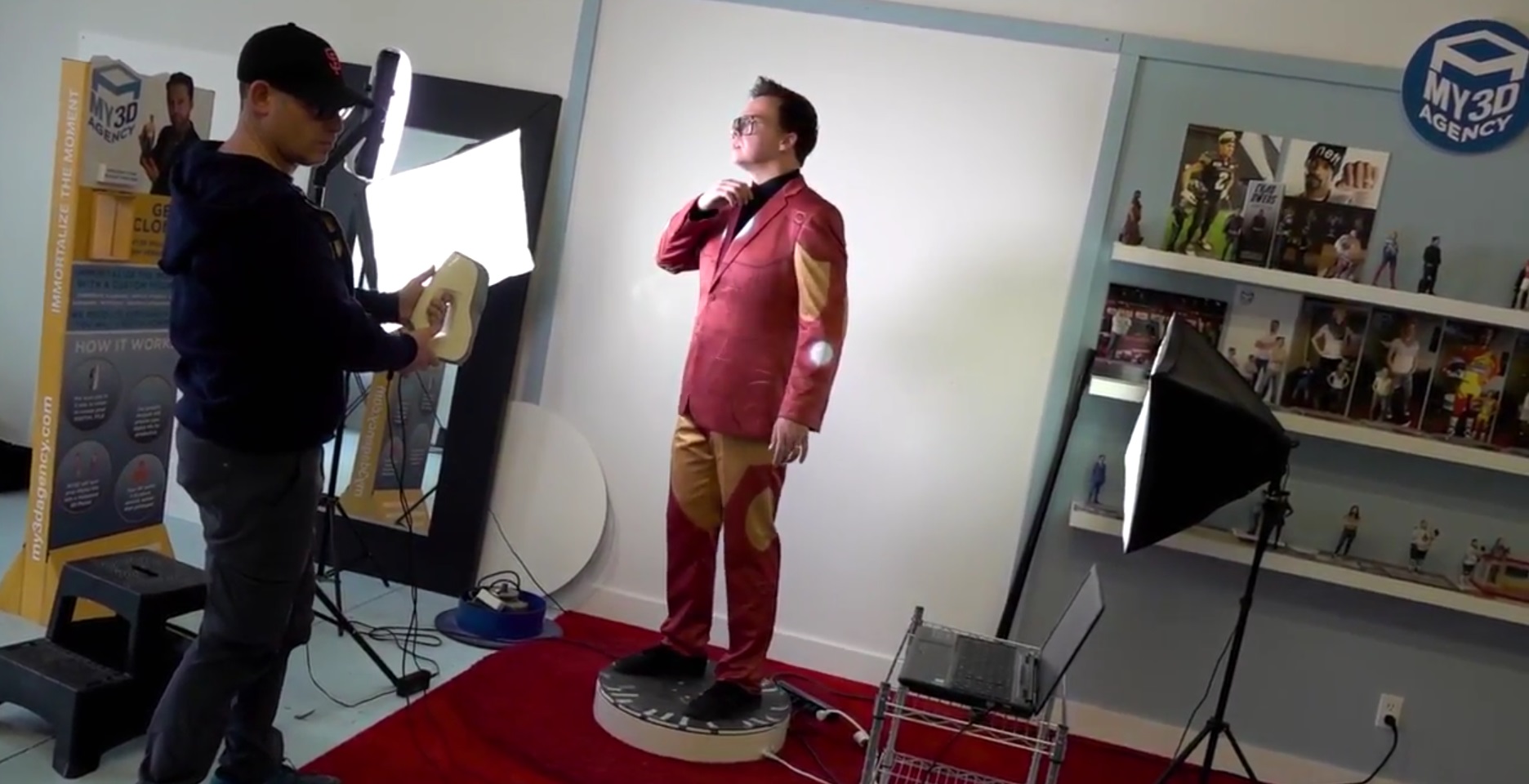 Sean’s video then explores the digital file production and manipulation and finally the printing and finishing of his 6 inch 3D printed selfie. 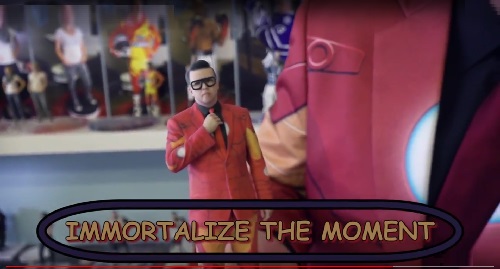 Avengers: Infinity War made $678,781,267 in the box office, and so there’s a lot of interest in Super Heroes right now, and Sean is riding the wave. 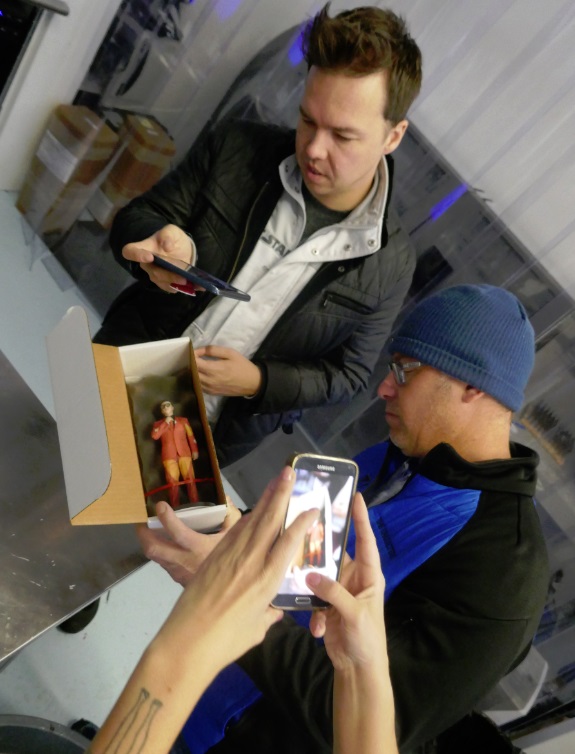 The Sean Ward Show has a lot of fans because it brings a different and often lighthearted perspective to the otherwise serious dramatic concept of Super Heroes saving the world. On Sean’s channel we see them appear more human as they make the same mistakes that everyday people do, like getting frustrated with their phones while trying to use an Uber ride-sharing app etc.

Michael put the print in a perfect sized cardboard box complete with restraining straps on a foam bottom. In this configuration the print will last an eternity and will probably be ‘discovered’ in a hundred years time when everyone dresses like costumed character, and Sean’s six inch selfie statue will be celebrated as a uniquely prescient fashion piece from the early 2000’s. Or not.

The video shows how Sean Ward’s 3D print file was prepared from the RAW images acquired in the scan and hints ant how several files are combined to make one print.

Sean’s digital file is an assembly of the scans and will be archived in the MY3D Agency database for decades to come. Sean can call up whenever he’s feeling nostalgic and and get a reprint or possibly offer the prints for sale at some point in the future.

Who knows how high his star will rise?